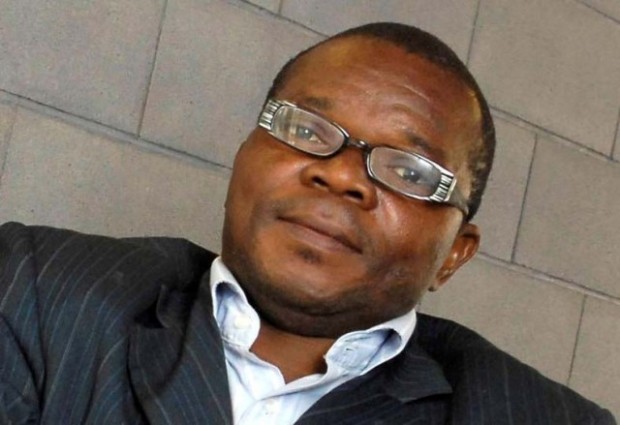 RFI reports today that Gabonese activist Marc Ona Essangui has been sentenced for defamation of Liban Souleymane, the president’s Chief of Cabinet.  Ona Essangui, who received a six-month suspended prison sentence and a 5 million CFA franc fine (US$ 10,000), immediately announced that he would appeal the decision. The case has created shock waves throughout Gabonese civil society where it is perceived as a direct attack on freedom of speech.

Ona Essangui, one of Gabon’s most respected civil society activists and 2009 recipient of the Goldman Environmental Prize, has long been a champion for environmental and social justice in his country. Among other things, Ona Essangui has fought tirelessly for transparency in the extractive industries sector and is the Gabon coordinator for the transparency organization, Publish What You Pay. Interestingly, his run-in with Liban Souleymane concerns the palm oil sector, which is completely shrouded in secrecy. To date, transparency initiatives such as EITI are concerned primarily with the extractive industries.

The human rights defense organization, Front Line Defenders, writes that Ona Essangui was in court over allegations of defamation lodged against him by the Liban Souleymane, Chief of Cabinet of the President of the Republic of Gabon. Ona Essangui, Front Line Defenders writes, was accused of making defamatory statements during an October 2012 public event, “where he discussed the activities of Groupe Olam, a Singaporean agribusiness company that invests substantially in Gabon.

“The human rights defender is also accused of making defamatory statements during a televised debate organised by a local TV station, TELEAFRICA, on 9 November 2012.

“It is alleged that, during both events, Marc Ona Essangui claimed that the Chief of Cabinet of the President of the Republic of Gabon, together with the President, hold personal stakes in Groupe Olam’s ventures in Gabon. Marc Ona Essangui, as well as other members of civil society in Gabon, have publicly criticised Group Olam’s ventures for benefiting from land-grabbing practices and for contributing to environmental degradation in the country.

“Front Line Defenders expresses its concern at the defamation case lodged against Marc Ona Essangui and the summons to appear before the Court on 18 January. It believes this represents a new act of judicial harassment against him and an attempt to undermine his peaceful and legitimate advocacy work on environmental and land rights in Gabon.”

In a decidedly pro-government story in the online publication, Koaci.com, Ona Essangui is accused of having “no proof” to back up his allegations, making them “completely baseless.” In an industry with zero transparency, it’s ironic that a publication can be so confident in its defense of the “defamed” politician.

RFI reports that Ona Essangui stands by his statements and insists that if he had to do it all again, he wouldn’t change a thing.

Find more reporting (in French) on this case from Gabon Review: Le cas Marc Ona – Liban Soleiman (one of several stories on the case)

Read the case study on Olam in Gabon from the Rainforest Foundation (in English): Case Study 3.2: Olam, Gabon

Read pages 29-31 of the report (in French), Les populations gabonaises face a l’insecurite fonciere, from Brainforest, the NGO founded by Marc Ona Essangui. This report details the financial relationship between the Gabonese government and Olam.