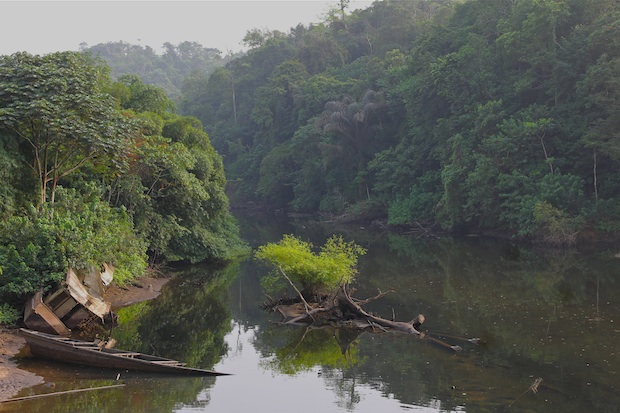 As Colin May-Tobin, a policy analyst at the Tropical Forest Initiative explains, the HFLD countries of the Congo Basin are at risk of becoming HFHD countries. This is because Congo Basin countries, for the most part, have, “maintained their high forest cover out a desire for conservation, but because low deforestation rates have more to do with lack of economic and infrastructure development.”

So as the demand for palm oil grows and land becomes scarcer and more expensive in Southeast Asia, the forces of globalization will bring increased palm oil development to Africa. And palm oil plantations will bring roads and other infrastructure that will result in more deforestation. The cost of progress?

May-Tobin suggests that there may be an alternative that could bring development without (or with less) destruction: “African countries also have the potential to be a major player in the deforestation-free palm oil market. Since many African countries produce little palm oil now, they aren’t hindered with a legacy of deforestation and have the ability to ramp up their production without damaging ecosystems. This would allow producers to declare that all palm oil from a given country is deforestation-free. This makes it much easier for consumers and companies to make informed decisions of what palm oil to buy.”

This is easier said than done as palm oil is a global commodity with myriad uses and separating “deforestation free” palm oil from the rest will be a challenge. But the good news is that organizations like the Rainforest Foundation and Greenpeace are drawing attention to palm oil development in the Congo Basin now, before major damage is done. Why not imagine being able to purchase palm oil with country-of-origin labeling that would guarantee zero deforestation?

One thought on “Palm oil and the high forest, low deforestation equation”