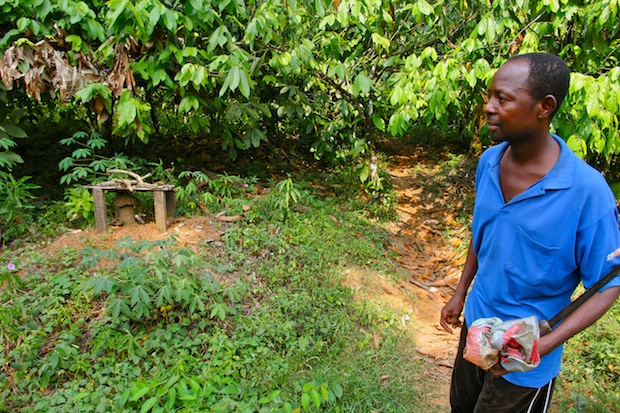 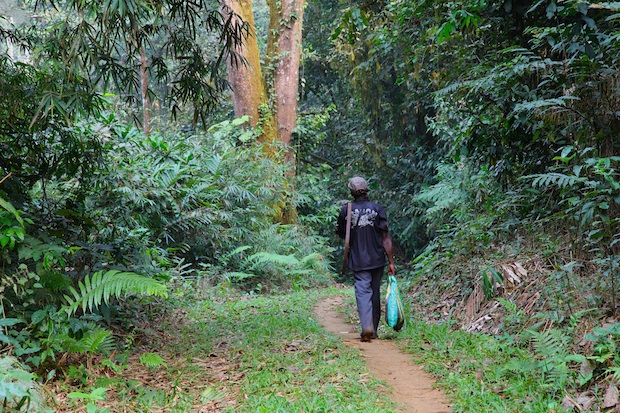 Two steps forward, one step back. Or is it one step forward and two steps back? In the case of land-rights reform in Africa, the pace of progress needs to pick up — and fast — to protect community access to land.

Here are details on two new reports issued in Yaounde, Cameroon, by the Rights and Resources Initiative:

Africa remains a target for land-grab developments worth billions; regional dialogue in Yaoundé focuses on the need for speed

While African governments are moving gradually towards protecting the land rights of rural people and indigenous communities, they are moving quickly to give away community forests and other lands for development. These conflicting choices are the focus of two new reports and a regional dialogue on forests, governance, and climate change.

“Governments across West and Central Africa are now in a bind and divided, with some ministries choosing to hand over natural resources to agribusiness and mining, and others seeking to protect the rights of their citizens and respect recent commitments,” said Andy White, Coordinator of Rights and Resources Initiative (RRI). “Which view will win out? There is a true need for speed in safeguarding these communities before all available land is handed out for the sake of ‘quick-fix’ development and exploitation.”

“What communities on the ground in Cameroon see is no different from what is unfolding in other neighboring countries,” said Samuel Nguiffo, Secretary General of the Center for Environment and Development (CED), Cameroon. “The slow pace of good intentions—the efforts to protect communities of subsistence farmers who have no wealth except for the land that they cultivate—has been overtaken by greed and power. Real economic development brings wealth to all, not just the elite.”

RRI released two reports scrutinizing land transactions in West and Central Africa as well as the legal reforms that would protect the communities whose land is targeted by these transactions. The reports were the focus of discussion at a regional dialogue hosted by the Cameroonian Ministry of Forests and Fauna (MINFOF), RRI, International Union for Conservation of Nature (IUCN), and the Commission for Central African Forests (COMIFAC) in Yaoundé. The conference also highlighted the number of commitments made by national governments and confirmed by the African Union Declaration on Land Issues and Challenges[1] in 2009 that were never enacted.

At the conference, attendees deliberated on stalled progress in land rights. Two examples emerged from their discussions that illustrate a trend—for every bit of progress, additional measures undercut the momentum for change:

“Across Africa, weak governance and a lack of legal recognition and support for customary rights are inhibiting any real progress,” said Michael Richards, a natural resources economist and author of the report examining 18 large-scale African land acquisitions in the agriculture sector. “Most cases revealed a lack of consultation with and consent by communities in affected areas; coercion or political pressure; protests, which were sometimes violent; community dissatisfaction or anger; misleading or falsified documents; legality doubts; and low transparency. If a free, prior, and informed consent process had been followed, it seems probable that in 17 out of the 18 cases I looked at, the communities would not have given their consent.”

The conference in Yaoundé comes as government-led, large-scale land transactions across Africa continue to disregard or override the rights of communities that live on the impacted lands. This in turn leads to even greater unrest and strife on the continent. In Liberia, for example, Sime Darby (the world’s largest palm oil producer) suspended the development in 2012 of a planned 220,000 hectare oil palm and rubber plantation because the communities that lost their land protested; the company’s ensuing pushback triggered local unrest and riots.

Although the acquisitions vary in size and purpose, a number of crosscutting themes showed up in Richard’s analysis:

“So much human tragedy could be averted if land rights in Africa didn’t erode so soon after they are established,” said Phil René Oyono, independent expert and author of the second RRI report. “The fact that 13 of 26 countries in the region have undertaken some level of reform since 2009 is great, but the challenges that African governments face are steep and progress is slow. In Gabon, for example, the new land law passed in 2012 revises the structure of land tenure rights mainly to provide a more flexible regime for commercial transactions on the land. We must convince governments that they will not find success in this quest for development by turning over their natural resources for plunder.”

“Yes, there has been a surge of new laws and reform processes since 2009,” added Samuel Nguiffo, “but these efforts are too slow and do not meet the challenges presented by rapid development and exploitation in the extractive sector. Africans will not sit idly by as our future is handed over to the highest bidder.”

“Handing land over to these companies has been justified by local and national governments as attempts to bring economic development to all corners of Africa,” said Andy White. “But you cannot sweep away established communities and transform the environment without calamitous collateral damage. This is not development. Until the pace of land rights reform gets in front of the pace of development, Africa will never get out from under the ‘resource curse.'”

RRI has released two new analyses highlighting the wide-ranging impacts and risks of land and concession deals in Africa, with a particular focus on Central and West Africa.

The analyses were released at the Thirteenth Dialogue on Forests, Governance and Climate Change: Harmonizing Tenure and Resource Policies in Central and West Africa’s Changing Landscape, held in Yaoundé, Cameroon on March 5-7, 2013. Read the press release in English or French.

The first publication, Social and Environmental Impacts of Agricultural Large-Scale Land Acquisitions in Africa – With a Focus on West and Central Africa, analyzes 18 country case studies that are among the best-documented large-scale land acquisitions in terms of their impacts in the said region.

The second paper, a policy brief on Land and Forest Tenure Reforms in West and Central Africa: A Preliminary Assessment of Progress Made Since the Yaoundé, 2009 Conference examines the implementation of recommendations relating to large-scale land acquisitions from the International Conference on Forest Tenure, Governance, and Enterprise, held in 2009 in Yaoundé, Cameroon.

Both papers are available in both English and French. To download them and for more details, click here.

The Rights and Resources Initiative (RRI) is a global coalition of 14 Partners and over 120 international, regional and community organizations advancing forest tenure, policy and market reforms. RRI leverages the strategic collaboration and investment of its Partners and Collaborators around the world by working together on research, advocacy, and convening strategic actors to catalyze change on the ground. RRI is coordinated by the Rights and Resources Group, a non-profit organization based in Washington, DC. For more information, please visit www.rightsandresources.org.