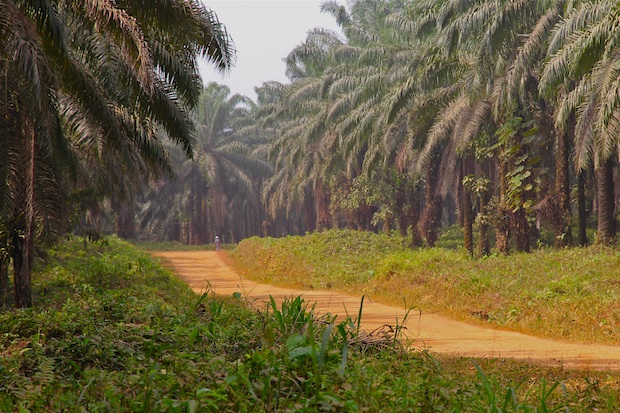 The unchecked growth of the industry, led by private investment and multinational agro-industrial firms, is occurring in a region lacking both regulation and oversight. In Cameroon, for example, close to 2 million hectares are earmarked for industrial palm oil projects, the result of secretive deals between companies and powerful officials. Opaque deal-making is the norm across the region where millions of hectares of forest and forest dwellers are now at risk.

We are at a critical juncture. Food security, economic development and environmental protection are all pressing issues that have been co-opted by the communications departments of industrial palm oil developers. Today we can read that mega projects involving extensive deforestation are sustainable and environmentally benign, and that palm oil produced by low-paid plantation labor for export and biofuels will provide significant benefits related to poverty reduction and food security. The industry often resorts to divide and conquer strategies, vilifying environmentalists and project opponents as the enemies of economic development, while ignoring the stark reality of industrial palm oil development in Southeast Asia.

Palm oil development in the Congo Basin need not be destructive , but the rapid expansion of industrial palm oil projects now underway across the Congo Basin has the potential for serious, negative environmental and social impacts. As the Rainforest Foundation’s new study shows, information gathering is critical to minimize risk:

Details of many of the new oil palm developments – including even geographical locations and agreements/contracts – are missing from publicly available information sources. Governments and investing companies may not have records of the presence of local and indigenous communities or important natural resources within the concessions earmarked for development … This information needs to be collected as a matter of urgency, and incorporated into government planning of new developments in order to increase transparency and minimise negative impacts on people and the environment.

Now is the time to bring clear, fact-based, independent information on African palm oil development to the widest possible audience. This is the Palm Watch – Africa mission.

2 thoughts on “Why palm oil? Why Africa? Why now?”